Every year as Tax Day rolls around, the same “facts” about the wealthy not paying their “fair share” get brought up. Even American billionaire Warren Buffett has said that he is taxed at a lower rate than his employees, who have a fraction of his wealth. But is this true?

“There wasn’t anyone in the office who paid as low a tax rate.”

This is misleading. While Buffett may have been on a campaign to raise taxes on the wealthy such as himself, the reality is that our tax system is already progressive and taxes the wealthy at a much higher rate than those earning much less. In fact, the top one percent paid a larger share of income taxes than the bottom 90 percent combined. In 2019, the last year for which the tax data is available, the top one percent paid a total of $612 billion in income taxes while the bottom 90 percent paid a combined $461 billion.

And looking at the top 50 percent of taxpayers, they paid 97% of all income taxes in 2019, with the bottom 50 percent paying just 3% of income taxes. 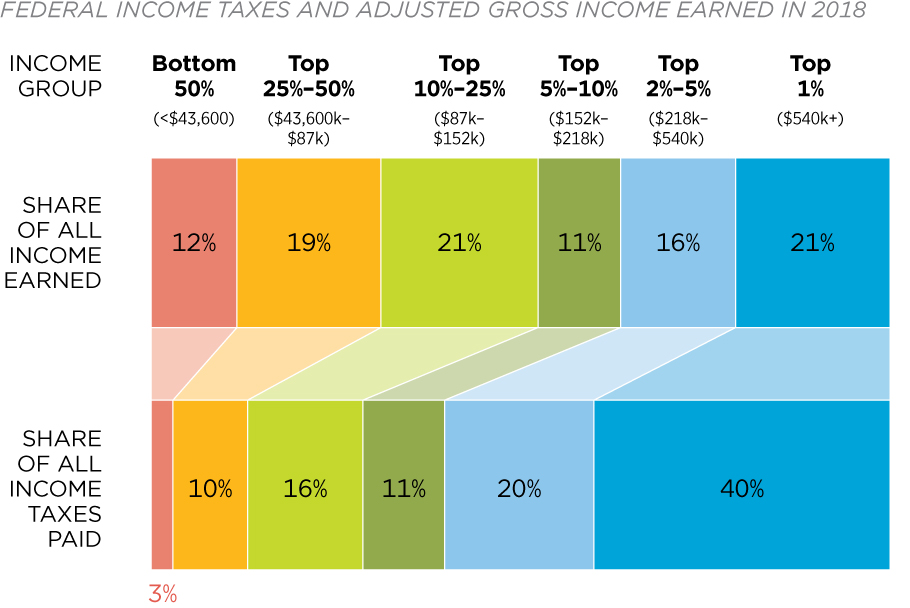 Many Americans bemoan the lack of taxes paid by the wealthy but they fail to recognize that the top one percent of our country pays 40% of all income taxes paid and foots the bill for a large portion of our federal budget. While President Biden and other politicians are continually seeking to raise the taxes on the wealthy to fund further excessive spending, Americans should know the real tax numbers and not get fooled by eye-catching, publicity stunt slogans.

Tax Day 2022: Calling the IRS about a tax question? Forget It