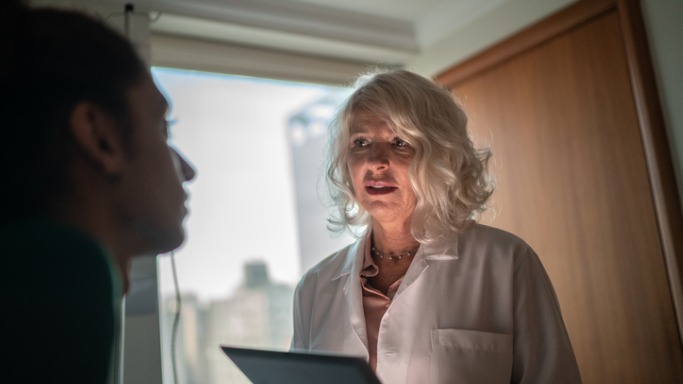 Those looking for more evidence that the Left wants to control American health care got additional proof in recent days. Press reports indicate that the Biden Administration is preparing regulatory action to undo conscience protections issued by President Trump in 2019. The move would represent another instance of federal bureaucrats compelling individuals to comply with their woke agenda — in this case, doctors and other medical providers who have moral or religious concerns about providing certain types of care.

Religious liberty quite literally stands as America’s first freedom, receiving pride of place in the First Amendment: “Congress shall make no law respecting an establishment of religion, or prohibiting the free exercise thereof.” Yet the Biden Administration, in revoking conscience protections, wants to compel doctors to participate in procedures — from late-term abortions to gender-altering care for minor children — that many find not only harmful, but violate their religious beliefs.

The Biden Administration’s reported regulatory action represents but the latest instance of progressive politicians intruding into the practice of medicine. For instance, the single-payer legislation originally proposed by Sen. Bernie Sanders (I-VT), and currently sponsored by Rep. Pramila Jayapal (D-WA), would create an entirely new source of federal funding for the new government-run health system. As such, the legislation would effectively negate most existing conscience protections in federal law, forcing doctors to perform procedures that violate their beliefs.

Another proposal for a more government-run health care system would go even further. Introduced by Rep. Rosa DeLauro (D-CT) during the last Congress, the Medicare for America bill says that “health care providers and institutions are prohibited from denying covered individuals access to covered benefits and services because of their religious objections.” It explicitly “supercedes any provision of law that allows for conscience protection,” nullifying the ability of doctors and nurses to practice their faith in a manner consistent with their religion and values.

All these provisions undermine the ethos of toleration that existed well before our nation’s founding — indeed, motivated many early American settlers to come to these shores in the first place. Rather than reinforcing the spirit of pluralism and tolerance that goes back nearly four centuries, the modern Left wants to use the state as a cudgel to impose its woke agenda on all who dare to disagree.

Moreover, as a practical matter, the continued attack on conscience protections could result in additional shortages of care. Even before the COVID pandemic hit, the United States faced a projected shortage of as many as 124,000 physicians by 2034. The combination of pandemic burnout and the Biden Administration’s ongoing attempts to undermine religious freedom could prompt more doctors and nurses to retire sooner, exacerbating waits for care, particularly in rural areas.

In short, the Biden Administration’s reported move to revoke conscience protections violates American values, and will harm American patients. It’s but the latest example proving that the Left cares much less about improving health care than extending government power. By inserting federal bureaucrats further into the practice of medicine, progressives have shown that they will not tolerate anyone who disagrees with their government-first agenda.

Will the Supreme Court Finally Stand Up for Religious Creatives’ Right to Free Speech?

Religious Liberty Scores a Win at the Supreme Court, and It’s About Time