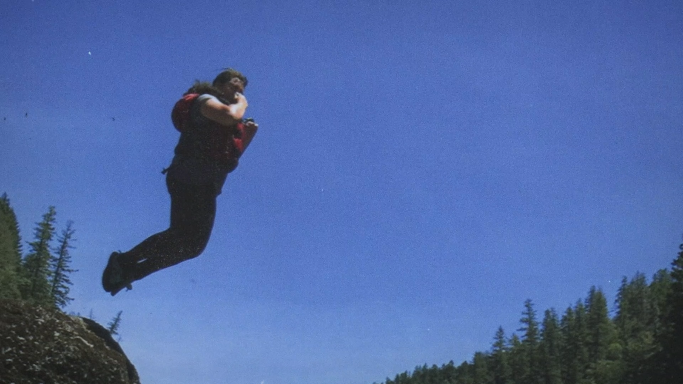 Jennifer’s and Vera’s stories: Cutting off gender indoctrination at its source

Gender dysphoria is a real mental condition that, until very recently, affected a very small group of people, almost all of whom were young men. Now, it’s a social contagion that is spreading like wildfire among vulnerable young girls.

Almost every one of the dozens of families with whom I’ve spoken in recent months told me the same story: Their daughter suffered from an underlying mental condition like body dysmorphia or high-functioning autism, and the anxieties and emotions they experienced as a result made them the perfect targets for gender ideologues. Gender ideology gives them a community, a group of social misfits just like them with whom to connect. And most importantly, it provides them with an explanation for why they feel so out of place in their changing bodies and social environments. If you believe you’re born into the wrong body, then of course it makes sense why you hate the way you look and struggle to fit in with girls your age. You’re not a girl, after all.

The social pressures these girls face are nothing new. Back when I was in middle and high school, they most commonly displayed themselves through eating disorders, like anorexia or bulimia. Now, they’re appearing in the form of transgenderism. Indeed, a friend of mine who works as a social worker in Washington state told me recently that more than half of the children she works with identify as a gender different than their sex or as no gender at all. This is a social epidemic, and it is devastating the very children who need our help the most.

No one knows this better than Jennifer and Vera, two of the mothers who have shared their stories with me and the Independent Women’s Forum as part of IWF’s “Identity Crisis” series.

Jennifer’s daughter was in fifth grade when she announced at school that she was a boy. Before that, she went through a whole list of other identities, including demisexual and aromantic. Of course, Jennifer’s daughter had no idea what any of these things meant, she said, but these different identities made her feel unique and special, and that was all that mattered.

Her daughter’s school did not inform Jennifer or her husband that their daughter had socially transitioned and adopted a male name and pronouns. But her mental health began to deteriorate at home. At one point, she started cutting herself and talking about suicide. It seemed “uncharacteristic,” Jennifer said, because she had never seemed depressed or anxious before. But it was clear that the pressure her daughter was under at school to live by this new male identity, which stood in stark contrast to the way other girls her age were perceived, was weighing her down.

Everything came to a head when Jennifer received an email from one of her daughter’s teachers referring to her daughter by her preferred male name. Jennifer found out the school had been socially transitioning her daughter behind her back, even sitting her daughter down in a room with male school officials, without her parents present, to ask if she wanted to stay in a boy’s cabin on a field trip.

Jennifer knew there was only one solution: She had to get her daughter out of that school, which is exactly what she did. She now home-schools her daughter, and over time, her daughter has desisted.

Vera’s story is similar. Vera’s daughter was 14 years old when she began identifying as a boy. She struggled with an attention-deficit disorder and high-functioning autism and was caught up in a group of children who felt as odd as she did. All of them, however, were gender nonconforming, bisexual, or identifying as a gender different than their sex. Within a year, each of Vera’s daughter’s friends had changed their pronouns, and Vera’s daughter followed suit shortly thereafter.

Vera said she believes her daughter got swept up in gender ideology because she was desperate for a sense of identity. She was bullied at school and couldn’t figure out where she fit in. And she didn’t look like the other girls her age, thanks to a hormonal condition that caused her to gain weight around her stomach. Why wasn’t she like the other girls? Well, maybe it’s because she wasn’t a girl.

Like Jennifer, Vera knew that she needed to remove her daughter from the environment that had pushed her into this ideology in the first place. She packed up her entire life and moved to a small town, pulled her daughter from the public school system, and cut off everyone who was pushing her to affirm her daughter’s male identity. Two years later, Vera’s daughter has essentially desisted and is doing better both mentally and physically.

What Jennifer and Vera have in common, despite their daughters’ similar mental and social struggles, is that they both cut off gender ideology at its root by removing their daughters from its influence. Gender ideology is and always has been a social phenomenon. These girls weren’t gender dysphoric. They were confused, lonely, and anxious and in desperate need of an identity that would make sense of the world for them.

But gender ideology can’t make sense of the world because it is irrational, unscientific, and, at its core, a lie. Men cannot become women, and women cannot become men. It does not matter which name you go by, which pronouns you use, or how you alter your body. At the end of the day, a young girl is still a young girl and will never be able to function like or be a boy. All she can do is hope to look more like one, and when she realizes that, the crippling confusion that drove her into transgenderism in the first place will become overwhelming.

The only solution for families whose daughters (and sons!) are struggling with gender ideology is to get them as far from it as possible. That means removing them from their schools, cutting them off from friends who have been similarly swept away by transgenderism, taking away access to the internet, and making sure that any adult who questions your decision not to affirm has no say or control over your child’s education and mental/physical health. What we’re dealing with right now should be considered the new gold standard for indoctrination. And the only way to stop it is to cut it off at its source, the place where it’s getting its lifeblood: your children.

Daniel’s story: Why the battle for children and against radical gender ideology is just beginning