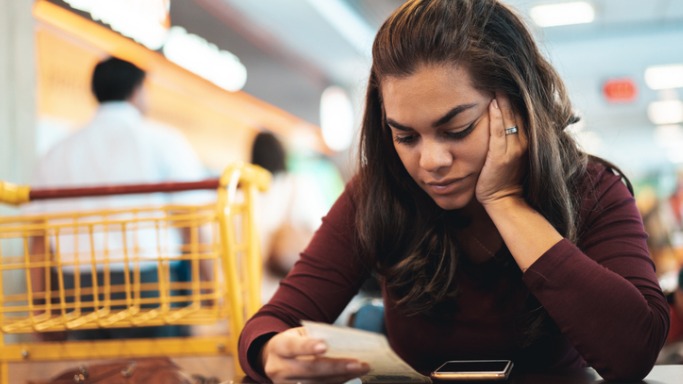 The latest interest rate hike will slow the economy and pinch households, but will it be enough to lower inflation?

The Federal Reserve has raised interest rates for the 4th time this year and they are not done.

As painful as interest rate hikes are on mortgage interest rates and borrowing costs for consumers, it is the medicine that an overheated economy needs.

Washington policymakers were on a spending sugar high during the pandemic and now the economy is suffering the bellyache of inflation. Raising interest rates is the key way to bring down prices by slowing consumer spending across the economy. Rate hikes are medicine that triggers their own painful consequences, but will lead to better health in the long run.

Yesterday, the Federal Reserve approved an interest rate hike of three-quarters of a percentage point on the federal funds rate–the rate banks charge each other to borrow or lend.

This is the fourth straight rate increase of this size and the federal funds rate now sits at its highest level since January 2008. One more rate hike is expected before the end of 2022.

The inflation picture has become more and more challenging over the course of this year. That means we have to have policy be more restrictive, and that narrows the path to a soft landing.

In a statement, the Fed confirmed that rate increases will continue:

The Committee anticipates that ongoing increases in the target range will be appropriate in order to attain a stance of monetary policy that is sufficiently restrictive to return inflation to 2 percent over time… The Committee is strongly committed to returning inflation to its 2 percent objective.

Inflation has emerged as a result of massive federal spending during the pandemic, particularly over the past year. Congress passed President Biden’s American Rescue Plan that sent another round of stimulus checks to households, expanded unemployment benefits, expanded and provided child tax credit payments each month for six months, and more.

With so much cash accumulated (because fewer people had work disruptions than was expected), households were ready to spend when the economy reopened in the spring of 2021. Demand for goods and services was high, workers were enticed to stay out of the workforce, and companies and businesses could not keep up with rising demand. As a result, inflation skyrocketed to over 9 percent earlier in 2022 and has not come down measurably.

The Fed has raised rates to calm demand in the housing market which has a rippling impact across the economy. As CNN reports, these rate increases are working in slowing the economy:

Recent data only underscores the “choose your own adventure” aspect of the US economy: Mortgage rates at levels not seen in almost 20 years are beginning to choke the housing market. Sales of newly constructed homes dropped 10.9% in September from August and were down 17.6% from a year ago.

The origins of inflation

Despite President Biden shrugging off inflation and scapegoating causes other than his inflationary economic policy, we did not have to end up here.

First, passing the American Rescue Plan was a mistake. As even left-leaning economists warned even before the bill was passed that nearly $2 trillion of federal spending when the economy was opening would set off inflationary pressures on prices.

Second, the Fed was also slow to employ its tools such as interest rate hikes when it was apparent that inflation was rising. Rate increases could have been more modest and spread out, reducing some of the shocks to the housing and financial markets that ¾-point increases every few weeks have caused.

Certainly, the pandemic and Putin’s invasion of Ukraine have roiled energy markets and disrupted even agricultural production, but those are not the primary or driving forces of inflation. It’s disingenuous for President Biden to pretend they are.

Interest rate hikes are necessary to bring down prices. This will be a stumbling block for first-time homebuyers and homeowners who want to lower their monthly payments by refinancing their loans.

The economy will suffer for some time and hopefully not fall into a deep recession marked by high unemployment. However, it will rebound.

It’s been four decades since Americans have endured such high inflation. For Gen X, millennials, and Gen Z, we are learning a painful lesson that too much candy (i.e. excessive and unnecessary federal spending) is not good for our health.