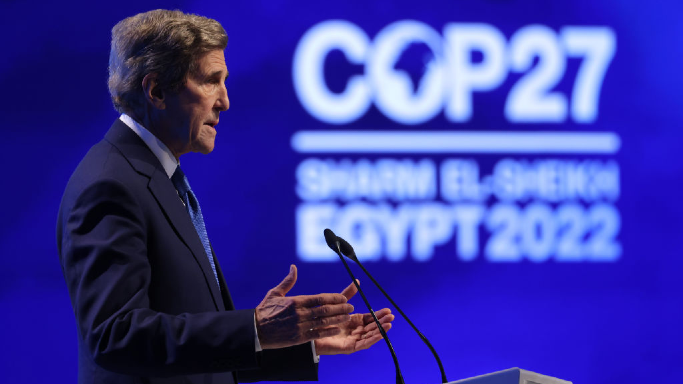 The international climate conference held in Egypt just wrapped. Formally called the Conference of the Parties, this is the 27th time international leaders have gathered to discuss climate change and plot their plans of action. In a now well-formed order of events, the conference started with a prelude of fear-based, scientifically suspect “reports;” anxiety-driven activists of a young, impressionable age; and finally, a call to action by heads of state with a promise to do better next time.

After 27 years, it’s worth measuring the impact these conferences have had on their stated goals, the people that participate, and, of course, the climate. In sum, they are failing on all accounts.

First, let’s consider what these meetings have done for climate science: The technical underbelly of the climate conference is a panel of experts referred to as the Intergovernmental Panel on Climate Change. Every few years, the IPCC publishes its main body of work—the Assessment Report (AR). The IPCC has published six to date and, giving credit where credit is due, in the most recent AR the science itself is largely credible and measured.

The problem is that these reports are full of dense language that very few people outside of the expert class actually read. What is read are summaries of “The Science” written by activists — trumpeted by a well-formed cabal of media elites salivating at the prospect of science-y click-bait. These summaries usually generate world-ending headlines that overshadow the substantive work. As a result, much of the public discussion is shaped by misrepresentations of respectable scientific work in order to generate alarm and fear.

The international conference has had another problematic impact on science. It’s normalized the quashing of scientific dissent. Before it was referred to as “cancel culture,” international climate hawks created a movement to discredit and defund scientists, experts, and political leaders unwilling to go along with the alarmist-driven narrative. One physicist explained this reality in an editorial titled “My Unhappy Life as a Climate Heretic” where he described how his research was regularly attacked by the thought police, activist groups funded by billionaires, and even the Democrat-controlled White House.

Next, let’s assess the conference’s impact on global emissions: After numerous pledges, commitments, accords, and protocols, emissions continue to go up. From 1995, when the first climate conference was held, global emissions have increased steadily from 23.45 billion metric tons to 36.4, a 55% increase. There are some bright spots, including the fact that the United States leads the world in greenhouse gas emissions reductions, but one will hear very little about this tangible and positive reality. The climate conference is not intended to promote honest conversation or tangible solutions; it’s meant to promote fear so socialist-styled policies and scammy “green” investment schemes seem reasonable.

Eco-anxiety is a growing form of distress among children and young people across the globe. A survey that asked 10,000 kids about their feelings towards climate change expressed anger, sadness, fear, and powerlessness, among other negative emotions. Turns out these kids believe the adult-aged activists telling them the world is going to end in a decade. It makes sense why many are pushed to extreme tactics like pouring out milk at grocery stores, throwing paint on historical masterpieces, or holding up traffic during rush hour. Even worse, there is a growing trend among young women vowing to not have children because they are scared about climate change.

This is heartbreaking and unnecessary. No one is telling these kids that their eco-anxiety is derived from alarmist statements that misrepresent the science or lack relevant context. No one is pointing out that there is a range of future scenarios of which the most probable is mild warming with minimal impact on the intensity and frequency of natural disasters. No one is even pointing out the fact that, in recent years, deaths affiliated with natural disasters have fallen by over 95% because of technological advancements. Most frustrating, no one is willing to explain that weather-related deaths in developing countries are largely due to a lack of modern infrastructure because they lack reliable access to affordable energy from fossil fuels.

We can have a serious conversation about climate change and the environment and how to build a cleaner, more efficient future without scaring our children to death.

The UN should take note.