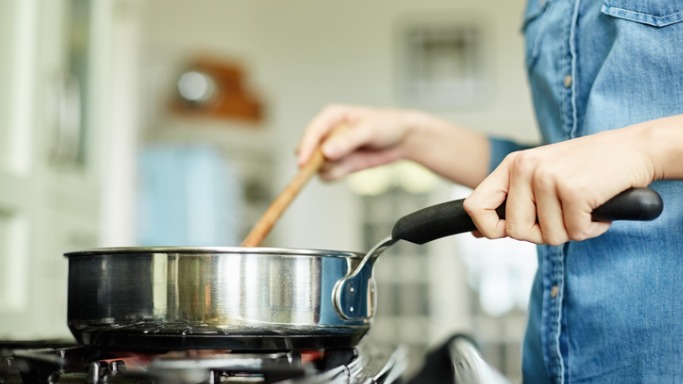 Reading one of the many news articles about Democrat plans to ban gas stoves, one would think that gas stoves are one of the leading causes of childhood asthma and other health problems.

Commissioner Richard Trumka (son of former AFL-CIO union boss Richard Trumka, Sr.), a Biden appointee to the Consumer Product Safety Commission (CPSC) told Bloomberg this week about his desire to ban gas stoves. This interview lit the pilot light in the media because almost half of U.S. households and many restaurants have gas stoves. There are also 97 gas stove and oven manufacturers in the United States concerned about new industry regulations.

The CPSC is an independent federal regulatory agency created in 1972 to protect the public from “unreasonable risks of injury and death from consumer products.” The agency was necessary at that time as asbestos, lead, and mercury were common in household items. Yet today, Americans can generally trust the products they buy. Unfortunately, regulators—including the CPSC—can sometimes go unnecessarily overboard. For example, just two years ago the FDA found the iron content of De Cecco’s bucatini to contain 10.9 milligrams of iron per pound rather than the 13 milligrams per pound and blocked all imports creating a shortage of the beloved pasta.

It is well known that chefs and home cooks prefer gas stoves. But this preference was dismissed by Commissioner Trumka who said, “There is this misconception that if you want to do a fine-dining kind of cooking it has to be done on gas… It’s a carefully manicured myth.” The message from the Commissioner is clear, you should leave the scientific investigation up to the government-approved experts and get over your personal taste.

Given the speculative science and lack of demonstrated public health harms, banning gas stoves seems more like an angry strike at the natural gas industry and stove manufacturers rather than a genuine concern for consumer safety. The evidence linking breathing problems to gas stoves comes mainly from a questionable study published in 2022, which linked childhood asthma and cognitive issues to gas stove presence in a household. The Natural Gas Association spoke out against the methodology used in the paper:

The authors conducted no measurements or tests based on real-life appliance usage, emissions rates, or exposures, and did not adequately consider other factors that are known to contribute to asthma and other respiratory health outcomes…Overall, because the calculation in the Gruenwald et al. study is based on data that are either not validated or do not accurately reflect risks associated with gas cooking, the results are equally unvalidated and have the same concerns with inaccuracy and unreliability.

In October 2022, Commissioner Trumka proposed directing CPSC staff to start drafting rules to regulate gas stoves. However, he withdrew this idea because there wasn’t enough support from the other commissioners (who probably all own gas stoves). The commissioners did unanimously agree to issue a request by March 1st for information “to obtain public input on hazards associated with gas stoves.” In December 2022, members of Congress, led by Democrat Reps. Don Beyer and Corey Booker, sent a letter (alluding to the asthma study) to CPSC requesting an investigation of natural gas in the home and new regulations on gas stoves.

The strategy is clear. Instead of going through the messy legislative steps to ban gas stoves, Congress would rather have a powerful federal regulatory agency do its dirty work. And all of this will be based on a flimsy scientific study produced by an organization that profits from the removal of gas lines from buildings. The most depressing part of all of this of course, besides people losing their preferred method of cooking, will be that this new regulation will do nothing to decrease childhood asthma. What a waste of time and energy.

Product safety and inspection are essential for the safety of the American public, but regulators should resist opportunities to use their power to push political agendas. And the CPSC should refuse to use its considerable power to carry out the wishes of politicians too cowardly to pursue legislative action.