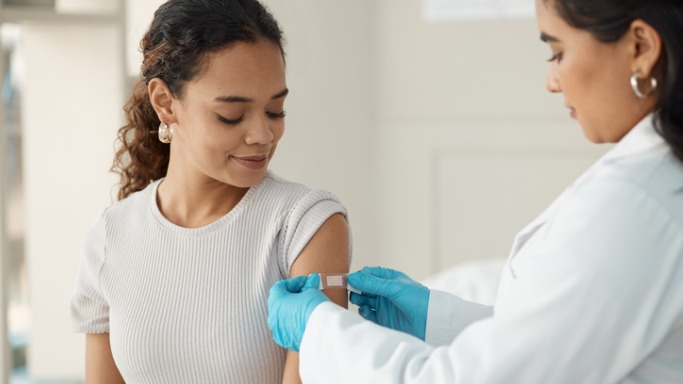 The contractor mandate is unlawful because the Constitution vests lawmaking authority with Congress and not with federal agencies.

Although President Joe Biden once proclaimed the pandemic over and his administration is currently urging the Supreme Court to eliminate COVID-19 immigration policies, it nevertheless seeks to impose a vaccination mandate on about one-fifth of the nation’s workforce.

Executive Order 14042 requires federal contractors to ensure that any employee who works on a federal contract or who shares a workspace with such an employee be fully vaccinated against COVID-19. Two federal courts of appeals have recently put the mandate on ice, finding that — far from an everyday exercise of government power — the mandate significantly and improperly governs the lives and health decisions of much of the nation’s workforce.

The 11th and Fifth Circuit Courts of Appeals both have issued injunctions against the contractor mandate, finding that it likely violates the separation of powers principles. These courts have relied on the fundamental principle that the Constitution vests lawmaking authority with Congress and not with federal agencies. This means that in order for an agency to exercise a power, that power must have been granted by Congress.

Framed this way, the contractor mandate case is an easy one. Congress has nowhere authorized the federal government to impose a nationwide mandate on those involved in federal contracts; thus the agency’s mandate is unlawful. As the Fifth Circuit Court described the case, the Biden administration is seeking “to unilaterally impose a health care decision on one-fifth of all employees in the United States.”

The administration argues that a 1947 statute, the Procurement Act, gives it the authority to impose the mandate. The purpose of that statute “is to provide the Federal Government with an economical and efficient system” for government procurement. It allows the president to “prescribe policies and directives that the President considers necessary to carry out” the act. According to the administration, the power to procure includes the power to make health care decisions for much of the American workforce.

Not so fast, said the lower courts. The Procurement Act requires that any regulatory action be consistent with the statute and must therefore possess a “sufficiently close nexus” between its requirements and “the values of ‘economy’ and ‘efficiency.’” According to the Fifth Circuit, the vaccine mandate did not possess such a nexus. To find otherwise, the court said, would grant the president near limitless authority. The executive could impose, for example, requirements that “all federal contractors certify that their employees take daily vitamins, live in smoke-free homes, [or] exercise three times a week.”

The Fifth and 11th Circuits also found the contractor mandate to be different in kind from historical exercises of administrative power under the Procurement Act — such as E-Verify or sick-leave requirements. Never before had the administration placed obligations on individual employees. Further, unlike any of the other requirements imposed by the Procurement Act, a vaccination was permanent, it could not be “undone at the end of the workday.’”

The contractor mandate case is important — and concerning — because it is only the latest one in which the administration has insisted that the COVID-19 pandemic justifies enormous and transformative expansion of traditional agency authority. The Centers for Disease Control and Prevention, for example, recently claimed the authority to impose a nationwide eviction moratorium, even though no congressional statute gave it such authority. And the Occupational Safety and Health Administration sought to require some 84 million Americans to receive the vaccine or be tested for COVID-19, even though the agency’s authority extended only to occupational risks and not general health risks.

As the Supreme Court recently confirmed in those other COVID-19 cases, where the agency seeks to exercise extraordinary and unprecedented powers it must identify specific congressional authorization in the text of a statute. Yet as the 11th and Fifth Circuit explained, nothing in the Procurement Act supports the administration’s most recent extraordinary exercise of agency power. Nothing in that statute indicates that the power to procure includes the power to mandate workforce vaccinations.

As two courts of appeals have now concluded, the federal contractor mandate is unprecedented and unlawful. It would allow the government to use its purchasing power to mandate individual health decisions for one-fifth of the nation’s workforce. This sort of policymaking decision must be made by Congress, not an agency that is unaccountable to the American public.

At the Bar: My Body, My Choice?