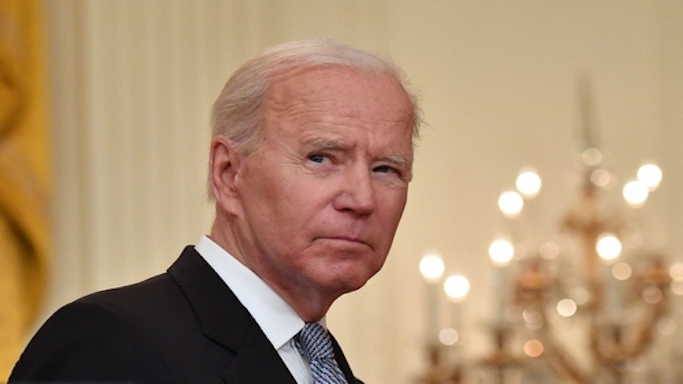 From NASA to the CDC, the Biden Administration Prioritizes Wokeness Over Policy

Taxpayers fork over trillions of dollars to the government each year. In return, we expect certain services: a functioning defense department, a public health body that actually focuses on health, and a space program for which space is a priority, for example.

Instead, good chunks of our taxpayer dollars are going not to the functioning of government but to the funding of the Biden administration’s favorite virtue signal: diversity, equity, and inclusion programming.

Instead of focusing on space exploration and research, officials at NASA would rather have their employees learn that “African American,” once the politically correct term for black Americans, “can make Black people feel excluded as the term tends to ‘other.’” And heaven forbid you need help with a problem when you have only an Asian coworker around; according to its guidance on “microaggressions,” “asking an Asian person to help with a Math or Science problem” is stereotypical and unacceptable.

Centers for Disease Control and Prevention

In 2021, while some schools and businesses were still shuttered due to the pandemic, the CDC spent more than $300,000 on training sessions with titles such as “8 Tactics for Courageous Workplace Conversations About Race,” “Let’s Talk About Systemic Racism, Unconscious Bias and Privilege,” and “Silence is a Statement: Understanding Race in the Workplace.”

The VA teaches “gender diversity” by using the “Genderbread Person,” an indoctrination device now available in some public schools. One of its training objectives is to “discuss the inhibiting impact of ‘gender privilege’ unchecked in the workplace.” Participants are also encouraged to play “privilege bingo,” considering themselves privileged thanks to such things as “marriage” and “no criminal record.”

The DHS should be focused on keeping the country safe; instead, it’s allocating time and resources toward “inclusive diversity” training that includes instruction on “micro-inequities,” or “subtle interactions which are perceived as imbalances of human actions, communicating who is in the inner circle and who is not.”

The FDA offers a two-hour seminar on “unconscious bias” with objectives including how to “define unconscious bias; identify the impact of unconscious bias on interactions and decisions in the workplace; identify micro behaviors, subtle aggressions and blind spots that we may not even be aware of and how they impact others; [and] learn and use strategies for disrupting or reducing unconscious bias.”

As the Wall Street Journal points out, the government seemingly knows that these things are an unpopular waste of money: “You’d think the agencies would be proud to post all of these materials online, where it doesn’t require a long wait and a records request to read them.” More than a waste of time, these trainings offered by government departments at taxpayer expense are teaching federal workers to look for inequality and offense in everyday interactions. While promising equity and inclusion, the Biden administration is working to make the functions of government even more divisive.