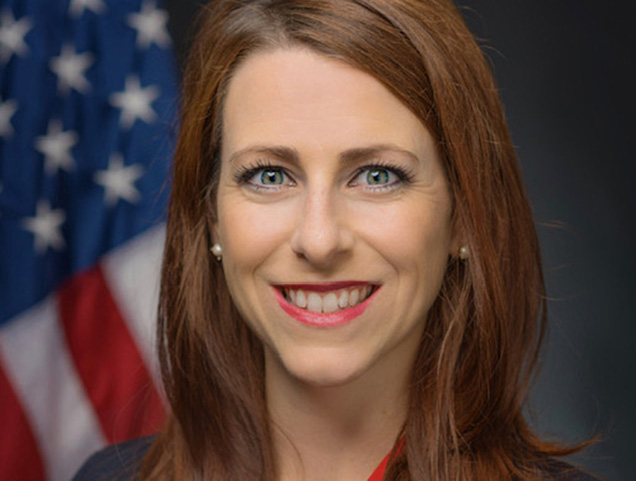 Mandy Gunasekara is a senior policy analyst at Independent Women’s Forum. She is a veteran Republican climate and energy strategist, communicator, and environmental attorney who has a well-earned reputation for delivering results. In 2020, she became a Principal at Section VII Strategies, a boutique energy, environmental, and tax policy consulting firm.

Previously, Mandy served as Chief of Staff of the U.S. Environmental Protection Agency (EPA). Under the leadership of Administrator Andrew Wheeler, Mandy set and implemented environmental policy priorities for the Trump-Pence Administration. She created and managed teams of political and career employees to shepherd key regulatory actions through the rule-making process. Mandy also served as a primary liaison with the White House and other administrative agencies.

Before returning to EPA as Chief of Staff, Mandy was the Principal Deputy Assistant Administrator for the Office of Air and Radiation. In this role, she spearheaded many of the administration’s greatest energy and environmental policy achievements. Mandy was the chief architect of the Paris Accord withdrawal and the repeal of the Clean Power Plan — a costly regulation that undercut state’s authority and would have substantially increased electricity prices.

Prior to her latest EPA post, she founded and ran the Energy 45 Fund, a Jackson, Mississippi-based non-profit dedicated to informing the public about the energy, environmental and economic gains made under the Trump-Pence Administration. Mandy also worked as a Senior Fellow for the Texas Public Policy Foundation’s Life: Powered project and a Visiting Fellow for the Independent Women’s Forum.

Previously, Mandy served in a number of roles in the U.S. Congress, including as Majority Counsel for the U.S. Senate Environment and Public Works Committee for Chairmen Inhofe (R-OK) and Barasso (R-WY), respectively. She also worked closely with Sen. Capito (R-WV) in her former role as Subcommittee Chair for Clean Air and Nuclear Safety. In addition, Mandy was senior counsel in the U.S. House of Representatives for Rep. Bob Latta (R-OH) where she crafted his energy and environment goals with the U.S. Committee on Energy and Commerce.

Mandy is a frequent guest on television and a prolific print media opinion commentator. She regularly appears on Fox News and Fox Business, writes opinion pieces for the Daily Caller, Y’all Politics, and USA Today, and is regularly quoted in the New York Times, Washington Post and E&E News.

Mandy earned a J.D. from the University of Mississippi School of Law and a B.A. from Mississippi College. She’s a sixth-generation Mississippian who along with her husband and two children call Oxford, Mississippi, home.

The EPA is letting politics, not science, define PFAS cleanup